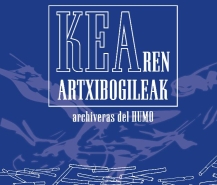 Archiveras del humo (Smoke Archivers) is a group made up of former “cigarreras” (cigarette makers) and current workers at Tabakalera. They have been holding regular meetings since September 2016 and, among other things, have been working together to give shape to the exhibition that is on display in the Storeroom. This collective process has focused on the construction of a community archive based on the Tabacalera and Tabakalera stories.

It reflects on the ways in which the narratives are normally constructed, and brings together material that does not appear in the so-called official archives. This includes photographs, documents, videos, audio recordings and objects. Some of this material has been generated during the work process, but most has been kept for years by former workers of this factory. It therefore offers a collection of domestic archives, which were not originally intended to be displayed publicly but which over the years have gained relevance and provide the possibility of initiating a critical reading of our past and also, as a consequence, of our present. Emphasis is placed on biographical, emotional and controversial topics, and through them a series of stories is presented here that aims to broaden the idea of history in general and of this factory in particular.

Everyone has worked together on the selection, organisation and presentation of material, and what is on show in this exhibition is just one of the thousands of possible ways of presenting this archive, so we invite anyone who joins us to use the proposed structure to delve more deeply into the collection and at the same time to reinterpret, reorder, reclassify, reposition and even contribute new material. Moving away from the idea of presenting a nostalgic and two-dimensional view of the past, an attempt has been made to “direct” the story so that each document is read from a specific location, suggesting a possible angle from which to view it. However, the subject headings under which the material is organised are very broad, in an effort to expand on some of the more predictable ideas that we might expect to find within each panel.

The collective process makes a stop with this first presentation and we take this as a point from which to continue building not only the archive but also a community: with other agents in the city, with other ex-workers of the factory, and other people from the neighbourhood; with anyone who would like to continue working together.