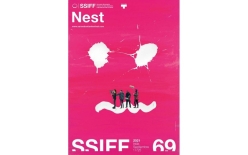 From among the selected works, a specific jury will decide the winner of ‘Nest Award’. This accolade, going to the director of the chosen project, comes with 10,000 euros.

Year after year, Nest gains consolidation as a breeding ground for new talents and is therefore one of the Festival’s most relevant sections. Without going any further, last edition the New Directors section hosted the premiere of La última primavera (Last Days of Spring), the feature film debut from Isabel Lamberti, who won the Nest Torino Award in 2015. New Directors also included Chupacabra, by the Russian filmmaker Grigory Kolomytsev, who participated in Nest in 2016 and 2018, and was also a participant in the Ikusmira Berriak residencies in 2018. In 2019, the Israeli filmmaker Oren Gerner competed in New Directors with Africa five years after his success at Nest with Greenland, his graduation film.