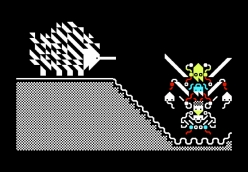 We are suffering from a new disease whose name might not yet be known to some readers, but which they will hear often in coming years - that is, “technological unemployment”. It means unemployment due to our discovery of means to economise the use of labour that surpasses the rhythm at which we can find new uses for that labour. Yet this is just a temporary maladjustment phase. In the long run, all of this means that humanity is resolving its economic problem.

In 1930, in the throws of the Industrial Revolution, Britain's John Maynard Keynes, one of the 20th century’s most influential economists, published Economic possibilities for our grandchildren, an essay that rejected society’s supposed financial stagnation at the beginning of the century and predicted, with -too much- optimism, an era of progress thanks to technology, among other things. He thought that in a century’s time -meaning today- the welfare state would multiply between four and eight times over and, therefore, the economic situation of developed countries would be resolved. In addition, Keynes foretold of reduced work days thanks to technology, that would let citizens embrace the pleasures of leisure and, in the same sense, a lack of productiveness. Although it is true that neoliberalism has absorbed the supposed commercial and economic emancipation that translates into a more than eight-fold increase in standard of living, technology has not made individual’s realities easier, but rather enslaved them and made life uncertain.

Then, all of a sudden, a virus appears that changes the world human beings had known up to that point. Personal and labour structures, time, and rhythms took on different dimensions, and the omnipresence and dependence on technology was reaffirmed. The extreme globalisation that characterises these two decades of the 21st century slaps citizens in the face once again and pushes them towards a survival scenario with rapid adaptation -social, economic, labour- that ratifies the arch famous Darwinian thesis.

Technological unemployment offers a whole wealth of transformation and creation processes where artists, despite being the makers of their pieces, are sliding towards a passive position or, better said, towards an apparently more static posture than usual. In all of them, technology and the western notion of work intervene and fuse together to bring focus to concepts of co-authorship, collectivity, the democratisation of art, and even this death of the author that Roland Barthes talked about. According to Keynes, rescuing technological unemployment also means investigating practices of domination and control, systems of production, and citizen vulnerability in particular.

In periods of economic crisis, the British economists writings tend to be guides used in an attempt to find possible solutions. In a new economic crisis like the one we are living through today, where technology and digitalisation have been crucial for maintaining work and social life, is Keynes’ technological unemployment still seen the same way?