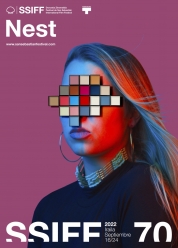 From among the selected works, a specific jury will decide the winner of Nest Award. This accolade, going to the director of the chosen project, comes with 10,000 euros.

Year after year, Nest gains consolidation as a breeding ground for new talents and is therefore one of the Festival’s most relevant sections. Without going any further, in the last edition, the Zabaltegi-Tabakalera section included El gran movimiento, the second film by Kiro Russo, whose short film Nueva Vida won the Nest Award in 2015. Likewise, filmmakers such as Isabel Lamberti (La última primavera, 2020), Grigory Kolomytsev (Chupacabra, 2020) or Oren Gerner ( África, 2019), who have presented their films both at the San Sebastian Festival and at other festivals on the international circuit, all took their first steps in the section.