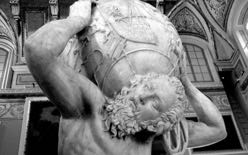 A programme of seminars and workshops developed in collaboration with the Social Anthropology Master’s Degree Course Programme of the University of the Basque Country.

The aim of the programme is to bring to Tabakalera some of the contents of that Master’s Programme, which call into question the universal validity of western rationality and its authority to manage that unique and common world known as nature.

In the year 2000, ecologist Eugene Stoermer and atmospheric chemist Paul Crutzen postulated that we had left behind the Holocene and entered the Anthropocene, a geological epoch marked by the impact of human activity on the Earth’s ecosystems.

Since then, the term ‘Anthropocene’ has come into use as a key concept when considering how to respond to the erosion of the global physical and environmental systems which support life on the Earth.  It is a source of intense debate, given that how we define the problem and the solutions linked to this definition will have a bearing on our ideas of the right way to live on the planet.

In this seminar and the conference that follows, Blaser will bring forward a proposal for a definition based on political ontology: a pluriversal proposal inspired by values shared by many visions, and which have been captured rather well by the call of the Zapatista movement to fight for a world in which there is space for many worlds.