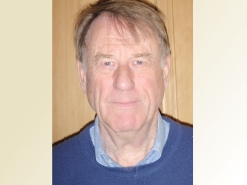 Why do we think that thought is silent? Thinking throug the cello is a Tim Ingold’s essay about sound and silence, and their relation to thinking. That will be the subject of the scottish anthropologist’s talk.

“Throughout, I draw on my experience of playing the cello. I show how what we often take to be silent, or at least tacit, is actually alive with sound and feeling; while to the contrary, what can be explicated is actually tacit. In a printed musical score, notes are specified and articulated, but the score itself is silent. In performance, however, every note becomes a line of movement, and every sequence of notes a series of inflections in the line. This still begs the question of what we mean by sound, and I argue that sound is neither a physical impulse nor a mental sensation but a phenomenon of atmosphere brought about by the blending of the cosmic and the affective. Like light, sound is generated by a fission/fusion reaction that unites us with the cosmos even as it divides us against ourselves. This explains the combination of sedentism and flight thanks to which I can be seated with my cello while the sound of my playing and thinking explodes into the furthest reaches of the auditory field. Thinking flies as, in my playing, sound does too. I conclude that thinking is not cognitive but atmospheric”.