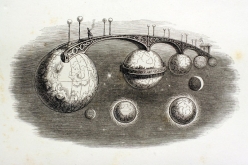 The Great Conversation congress is the prelude to the project Stimulants: traffic and euphoria which will be held at Tabakalera during 2016-2017.

The project takes modern stimulants as its starting point; substances, such as tobacco, coffee, sugar and cocoa, were introduced via the transatlantic routes, initiated by the processes of colonisation and economic expansion, generating commercial traffic that transformed the habits of western societies.

The analysis of the geographic routes traced out by the trade in these substances, their uses in everyday life, or their status as principles that are ingested, "culturally" changing the body of the consumer, will be the elements of this study that will help us to think about our place in the contemporary world.