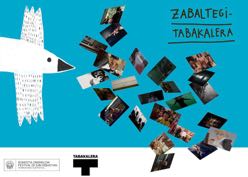 A competitive section open to the most varied, surprising and attractive film proposals of the year. This section has no formal norms and any subject goes. A real “Open Zone” in the San Sebastian Film Festival programme.

The participating films will compete for the Zabaltegi - Tabakalera Award, carrying €20,000, of which €6,000 will go to the director of the winning film and the remaining €14,000 to the distributor of the film in Spain.

The Zabaltegi - Tabakalera Award will be decided by a specially constituted jury made up of at least 3 professionals from the world of film and culture.

Bertrand Tavernier’s latest film, Voyage à travers le cinéma français / A Journey Through French Cinema, a documentary looking at filmmaking in his country, will open the first edition as a competitive section. His film will compete with the latest works by noteworthy moviemakers on the international scene including Terence Davies, Lav Diaz, Jim Jarmusch, Hayoun Kwon, Jean-François Laguionie, Deborah Stratman, José Luis Torres Leiva, and other titles to be announce in the coming weeks, for the Zabaltegi-Tabakalera Award with its 20,000 euros.

Tavernier (Lyon, 1941), one of the great masters of French cinema, has enjoyed a long relationship with the Festival, which dedicated a retrospective to him in 1999, the year he chaired the Jury. His film Coup de Torchon was screened in the Official Selection in 1982, Capitaine Conan (Captain Conan) bagged a Jury Special Mention in 1996, Ça commence aujourd’hui (It All Starts Today) won the Audience Award in 1999 and Holy Lola landed the same prize in 2005, while in 2013 he returned to the Official Selection with the farce Quai D’Orsay, winner of the Best Screenplay Award. Some of his other international successes are L'horloger de Saint-Paul (The Clockmaker, 1974), Round Midnight (1986), La vie et rien d'autre (Life and Nothing But, 1989), La fille de d'Artagnan (Revenge of the Musketeers, 1994), L'appât (Fresh Bait, 1995) and La princesse de Montpensier (The Princess of Montpensier, 2010). The French historian and critic, president of the prestigious Institut Lumière in the city of his birth, presented at Cannes Classic his latest work, an expedition into the history of French cinema and a homage to filmmakers such as Becker, Renoir and Bresson, in which he has invested six years of work.

Terence Davies (Liverpool, 1945) and Jarmusch (Akron, Ohio, 1953) explore, through fiction and documentary, the story of two artistic careers: the life of the writer Emily Dickinson and the epic story of The Stooges, the group that Iggy Pop started out with. This will be the Spanish premiere for both the British director’s A Quiet Passion, after its screening in Berlin, and forGimme Danger, which was shown out of competition in the Official Section at Cannes.

Jim Jarmusch’s films, a benchmark in independent cinema, have been a regular feature in the last few years at the Festival:Broken Flowers (2005) and The Limits of Control (2009) were selected in Pearls, and Ghost Dog: the Way of the Samuraiformed part of the American Way of Death: American Film Noir 1990-2010 retrospective.

Davies’ film career includes such outstanding work as Distant Voices, Still Lives (1988), which won the Golden Leopard at Locarno, The Long Day Closes (1992), which competed at Cannes, The House of Mirth (2000), which premiered at Locarno,Of Time and the City (2008), the documentary selected in Zabaltegi-Specials after being screened at Cannes, and The Deep Blue Sea (2011) and Sunset Song (2015), which competed in the Official Section at San Sebastián, where he was given a retrospective in its 56th edition (2008).

Both direct and write their films, as do Lav Diaz (Datu Paglas, 1958) and Deborah Stratman (Washington, 1967). Hele Sa Hiwagang Hapis / A Lullaby to the Sorrowful Mystery, the 480 minute-long film by the Filipino director about colonial oppression in his country, received the Alfred Bauer Prize at the Berlinale, an award that recognises work that opens up new perspectives on cinematic art. The director of Melancholia, which won the Orizzonti Prize at Venice, is back in Zabaltegi, which in 2013 included the world premiere of Prologo sa ang dakilang Desaparecido / Prologue to The Great Desaparecido and Norte, hangganan ng kasaysayan / Norte, The End of the Story, after it had been screened in Un certain regard at Cannes.

For her part, Stratman presented the documentary The Illinois Parables, which was screened for the first time at Sundance and had its European premiere in Berlin. In this experimental piece, the renowned American artist and filmmaker, whose previous film Second Sighted (2014) was programmed at Tabakalera in its contemporary film season, explores the historical role that beliefs have played in social ideology and national identity.

El viento sabe que vuelvo a casa by José Luis Torres Leiva (Santiago, 1975), that was premiered at the Rotterdam Festival, is a meta-film that focuses on the documentary filmmaker Ignacio Agüero, who has acted in other films by the Chilean director such as El cielo, la tierra, y la lluvia (2008) and Verano (2011), which could be seen as part of the Circuitoprogramme at Tabakalera in 2014.

The multimedia artist Hayoun Kwon (Seúl, 1981), who lives between Korea and France, analyses 489 Years in a twelve-minute-long animated short film based on the testimony of an ex-soldier from South Korea. Her previous film, Village modèle, about a propaganda village built by North Korea, was also shown in Rotterdam and as part of the Circuitoprogramme last year.

We will be able to see Louise en hiver, recently premiered at the Annecy Festival, by the prestigious French animated filmmaker Jean-François Laguionie (Besançon, 1939), whose film Le tableau was programmed at the Festival in 2013 as part of the Animatopia: New Paths in Animated Cinema retrospective. 50 years ago Laguionie won the Grand Prix at Annecy with La demoiselle et le violoncelliste (The Young Lady and the Cellist, 1965) and the Golden Palm for best short film at Cannes for Rowing Across the Atlantic in 1978.

The helmer of Take Shelter, Mud and Loving, Jeff Nichols (Little Rock, Arkansas, 1978), writes and directsMidnight Special, a supernatural thriller in a science fiction- cum-road movie crossbreed. The film, premiered at the Berlinale, follows a father and his 8 year-old son as they beat a hasty retreat from the Federal Government, hot on their tracks after discovering that the child has special powers.

The North American screenwriter and director Todd Solondz (Newark, New Jersey, 1959), a reference of independent cinema, presents the comedy-drama Wiener Dog. Premiered at Sundance, the four tales making up the story star  Keaton Nigel Cooke, Tracy Letts, Julie Delpy, Danny DeVito, Kieran Culkin, Greta Gerwig and Zosia Mamet. Solondz, author of films including Welcome to the Dollhouse, has picked up awards at Cannes, Berlin and Venice and returns to Zabaltegi after presenting Happiness in 1998 and Storytelling in 2001.

João Pedro Rodrigues (Lisbon, 1966) began studying Biology with his eyes set on becoming an ornithologist before ditching his studies to focus on cinema. In O Ornitólogo / L’ornithologue, his fifth feature film currently in the official competition at Locarno, having competed with his previous movies in Un Certain Regard at Cannes and Venice, he precisely focuses on the figure of a solitary ornithologist searching for black swans in danger of extinction when he is swept away by the rapids, only to find himself in a mysterious forest where he is forced to deal with extreme situations.
Aaron Brookner (New York City, 1981), author of The Silver Goat, the first feature film created for iPad, recovers in Uncle Howard the figure of his real-life uncle Howard Brookner, who captured in “Burroughs: The Movie” the cultural revolution underway in the New York of the early 80s, prior to his premature death.

The first inroads to fiction by Marilia Rocha (Belo Horizonte, Brazil, 1978), A cidade onde envelheço / Where I Grow Old, selected at Films in Progress in Toulouse last year and premiered at Rotterdam, takes a close look at the reunion in a Brazilian city between two Portuguese friends who would seem to have two different ways of dealing with life.

Similarly making his fictional debut is Felipe Guerrero (Colombia, 1975), author of the documentaries Paraíso(2006) and Corta (2012), both of which have enjoyed an intense international track record. In Oscuro animal he tells the tale of three women who travel from the jungle to Bogotá in an effort to escape the armed conflict. The film was premiered at Rotterdam, landing the FIPRESCI Prize at the T-Mobile New Horizons IFF and awards in the categories of Best Ibero-American Film, Best Director, Best Actress (shared by the three cast headliners) and Best Cinematography at the Guadalajara Festival.

The first feature film by Paz Encina (Asunción, 1971), Hamaca paraguaya (Paraguayan Hammock), bagged many and prestigious awards, among them the FIPRESCI Prize at the Cannes Festival. Zabaltegi-Tabakalera will host the world premiere of Ejercicios de memoria (Memory Exercises), her second feature film, in which she studies the figure of Agustín Goiburú, the most stubborn opponent of the Alfredo Stroessner dictatorship.Ejercicios de memoria (Memory Exercises) delves into the memories of the three children of Goiburú, assassinated in the framework of the Condor Operation in 1977, to reconstruct the political context of one of the longest dictatorships in Latin America.

For his part, Ivan Tverdosky (Shelkowo, Russia, 1981), who won some thirty awards all over the world withCorrections Class, will present his second feature film, Zoologiya / Zoology, taking as its starting point a woman who grows a tail that changes her life. The film was acknowledged with the Special Jury Prize at Karlovy Vary.

Pablo Álvarez (Santiago, 1985), who participated in the International Film Students Meeting in 2014 and whose project was selected to participate in the first Ikusmira Berriak audiovisual residencies programme, is the author of several short films to have participated in international festivals, including the fictional Los resentidos. Álvarez presents a piece 25 minutes long, a collage of images of the centre of Santiago de Chile by night, in which a lonely, mysterious man can be discerned.

Zabaltegi-Tabakalera will also include the screening of the short film La disco resplandece (The Disco Shines)by the filmmaker Chema García Ibarra (Elche, Spain, 1980), whose previous works have been selected at the Festival de Cannes’ Quinzaine des Réalisateurs, Sundance or Berlin. The piece is part of the anthology film In the Same Garden about relations between the Turks and the Armenians scheduled to have its premiere at the Sarajevo Festival on Monday.

Jia Zhang-ke (Shanxi, 1970), one of China’s weightiest moviemakers, Golden Lion at Venice for Still Life (2006) and best screenplay award at Cannes for A Touch of Sin (2013), will present the short film The Hedonists. Writer and producer of works by young filmmakers, Zhang-ke portrays the dramatic odyssey of a group of unemployed miners from Shanxi as they look for work.

Bertrand Bonello (Nice, 1968) , who competed in the Official Selection with the eagerly awaited Nocturama, has alternated shorts and features throughout his career. Zabaltegi-Tabakalera will see the screening of Sarah Winchester, opéra fantôme, a hybrid of historical essay and ghost story premiered at the FID Marseille. Bonnello has also composed the soundtrack.

Ghosts too inhabit the first feature film by Koldo Almandoz (San Sebastian, 1973). Premiered in Rotterdam,Sipo Phantasma (Ghost Ship) is a tale of shipwrecks, vampires, loves and cinema. Another two Basque productions figure in this section: the Kimuak’s short films Caminan (On The Path), by Mikel Rueda, and Gure hormek / Our Walls by Las chicas de Pasaik (María Elorza and Maider Fernandez Iriarte).