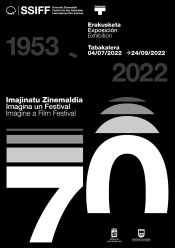 Nine artistic workshops offering nine different educational proposals connected with the cinema and the history of the Zinemaldia, designed to be related to the exhibition organised to commemorate the 70th anniversary of the Festival, and to show all the creative aspects surrounding the world of cinema among the youngest audiences.