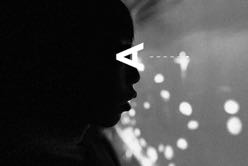 Ikusmira berriak is a programme designed to support audiovisual projects that show innovation and experimentation in both cinematic language and the production medium.

It is the result of a partnership between Tabakalera International Centre of Contemporary Culture, Donostia Zinemaldia / San Sebastián Film Festival, the DSS2016 Capital of Culture project, Donostia Kultura and the Basque Film Archive Foundation.

The main goal of Ikusmira berriak is to boost audiovisual creation, and the programme focuses on three areas: training, production and exhibition. The programme will therefore facilitate to selected creators, space, context and time for the creative development, aid for start of the production and a plan of support for post-production in the shape of an award.

Four residencies shall be awarded in total, one for each of the following groups: Directors from the 14th International Film Students Meeting (EIECINE), Selected film-makers from Kimuak 2015, Participants in the Lab Competition at the 38th Clermont-Ferrand International Short Film Festival and Film-makers from the Basque Autonomous Community.

Organised by the San Sebastián Film Festival, in partnership with Tabakalera International Centre of Contemporary Culture and with the support of the DSS2016 Capital of Culture project. The Meeting brings students from film schools all over the world together to attend screenings of their previously selected short films, discussions and masterclasses given by industry professionals.

Kimuak is a programme for the promotion and distribution of short films run by the Basque Government's Department of Culture through the Etxepare Basque Institute, and organised by the Basque Film Archive.. Short films made in the Basque Country are selected annually and compete at the main film festivals and international audiovisual events.

Clermont-Ferrand International Short Film Festival is one of the most renowned short film festivals in the world. The Lab Competition showcases more innovative work that explores new roads, whether in terms of performance, narration or aesthetic experimentation.
For the last eight years, selected projects from the Labo Competition have been screened in Donostia / San Sebastián along with short films from Kimuak, thanks to a partnership between the Clermont-Ferrand Festival, Donostia Kultura and Tabakalera.

FILM-MAKERS FROM THE BASQUE AUTONOMOUS COMMUNITY