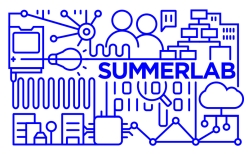 Meeting on citizen research and the civic use of technology.

SummerLab is a summer camp, a temporary cooperative meeting to look at themes related to technology, digital culture, open design and common learning, which aims to bring together local, national and international initiatives in these areas.

The third edition of the technological camp will bring together curious citizens, technology activists and people from the field of research in an event that will have citizen research as its central theme dealing with issues such as citizen environmental research, the opening up of public data, privacy on the Web and gastronomy from a hacker perspective.

SummerLab 2018 will focus on citizen research as a way of carrying out initiatives and projects in cultural, creative and laboratory spaces, but also as a way to create a civic and participatory culture. Research is the process that is necessary for obtaining knowledge, and its implementation by groups and citizens is a way of building knowledge in different initiatives related to learning that can range from forms of activism to processes of collective empowerment. Who doesn’t have a question to which they would like to be able to provide a better answer based on data or evidence? .

During the event we will learn about different citizen research experiences, understand the ways through which these obtain information, how they work with it and the results obtained through this type of collective practice.

The research processes carried out by various citizens’ initiatives will be the central focus of this event that will combine a space for the development of projects by several working groups with workshops, talks and seminars open to the public.

The operation of the SummerLab is divided into two parts with different dynamics. The first, which has an open character, takes place in the morning and its objective is to develop projects as a community. The work groups formed by people or groups and supported by some of the guests invited as speakers or experts in the activities can be organised as project development groups, as hubs for discussion or as spaces for experimentation.

In the part with the second dynamic, in the afternoons, a programme of public activities will be offered that includes talks, workshops and seminars. The objective is that combining these two dynamics will favour the creation of new common projects, aided also by the collaboration and the remixing of themes and people.

One of the main aims of Hirikilabs in these meetings is also to create opportunities to show people what is being explored or what experiments are being carried out in their community and in the laboratory programmes, giving them an opportunity to mix initiatives with different origins and create intensive collaborations.

The event will involve the participation of several working groups, some of them already active in Hirikilabs and others formed by people and groups who are carrying out research in different initiatives and cities, who will have a working space with the aim of taking their work further and presenting it to the public. They may also undertake the challenge of carrying out a project (prototypes, possible formation of new networks, mixing between groups) during the days covered by the SummerLab. Each of the groups will propose a series of activities aimed at the public to showcase their work and create spaces for dissemination or moments of dialogue on the specific topics on which they are working. Each of the activities will have a registration form.