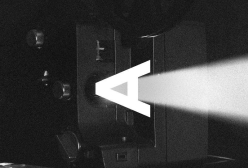 IKUSMIRA BERRIAK is a programme designed to support audiovisual projects that show innovation and experimentation in both cinematic language and the production medium.

It is the result of a partnership between Tabakalera International Centre of Contemporary Culture, Donostia Zinemaldia / San Sebastián Film Festival and the Basque Film Archive Foundation.  Ikusmira Berriak is part of the legacy of DSS2016 Capital of Culture project.

The main goal of IKUSMIRA BERRIAK is to boost audiovisual creation, and the programme focuses on three areas: training, production and exhibition. The programme will therefore facilitate to selected creators, space, context and time for the creative development, aid for start of the production and a plan of support for post-production in the shape of an award.

The programme offers a six-week residency and seeks to involve new talent as well as producers and people from the audiovisual industry who support innovation and new languages. During the first four weeks the producers develop their projects in Tabakalera’s Artist’s Space and take master classes with professionals. Film-makers such as Sergio Oksman, John Paul Sniadecki, Nicolas Klotz, Oskar Alegría and Andrés Di Tella, producers including Ada Solomon, Fernanda del Nido, Koldo Zuazua and Marianne Slot, and festival organisers such as Paz Lázaro have all visited and guided residents on the first two rounds. In the fifth week of the residency the participants get ready for the pitching session, which involves a project presentation to industry professionals during the sixth and final week. The session is part of the Europe-Latin America Co-Production Forum of the San Sebastian Film Festival. The residents will have the opportunity to arrange meetings with attending professionals who are interested in collaborating in their projects, and will receive an access pass to the festival screenings and the industry activities on offer.