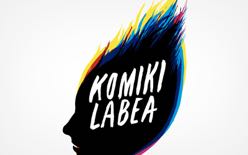 Ubik, Tabakalera's creation library, participates for the third consecutive year in the Komikilabea project. Directed to different ages and audiences, this fall comes loaded with activities:

For the little ones, in September and December we had two special workshops on Wednesdays in Ubik. The first of us is the language of the narrative and the second, the part of a common comic, the participation of the participants and their own story.

In October, Garbine Ubeda gave dynamism to two workshops for school groups. How is your hero or heroine? Analyze the characteristics of the characters so that we can create new ones. We discussed topics, stereotypes and simbology.

Del November 13 to December 16 Kike Infame brings us a selection on comics and architecture. These new titles that are incorporated into the library are visible, searchable and can be viewed on one of the scaffolds of the library.

Directed to adults, we analyzed and break the architecture and the traditional structure of the comics to play with new vignettes.

* Komikilabea is a program organized together with the Provincial Council of Gipuzkoa.